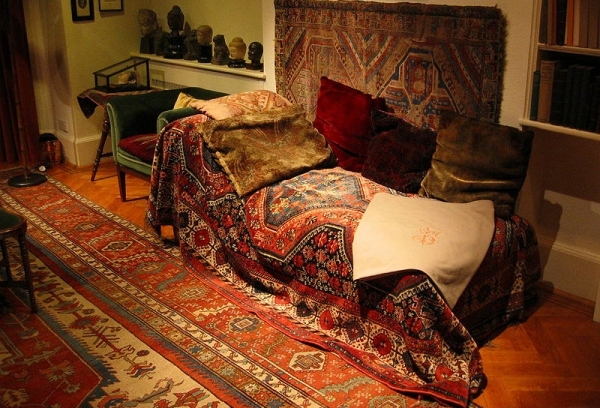 Thanks to emails and or some  social networks, Some of you might have encountered a photo  which shows a room with an Iranian air show and decorated by a carpet furnished bed and some beautiful Iranian rugs .You smile and enjoy viewing such a beauty but when you read the attachment of this photo, you will counter a few minutes paradoxical.. You will be excited and will swallow this photo putting more time with grace because you have just understood that what you are looking at the photo of  "Freud's" room  , Great physiologist. The person whose translation of his books and essays are the honor of psycho-analysis and psychology of most countries including Iran whilst for him, Iranian  "Eslimi ha" and " Khatayi ha" of his geometrical  designs of the carpets were  full of joy and peace! What is this story that the photo has been delivered hand to hand?   In 2008, a documentary film named "Flying Carpet" was made directed by Dr. "Jonmario Girlo" and prepared by  " Hooman Atiyabi" with cooperation of Portugal and Lisbon Art University of Culture and Art Organization with the intent of long friendship of Iran-Portugal. In one of the locations looking for Iranian Carpet art was Frued's psycho- analysis room in London. And it was after the film that this picture was opened into media.

Maryam Taheri , University Professor and   outstanding carpet designer (who has role in design, coloring of 3 biggest world's carpets) and Design Manager at "Big Rug Art International Group who has a record of cooperation with some famous brands in the world such as "Verseach" explains "Freud"'s carpet designs as" 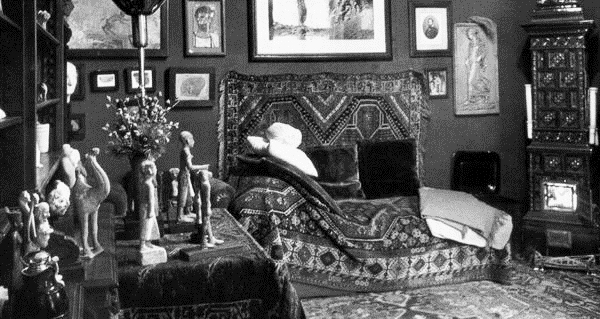 Philosophy of weaving carpet in the beginning was created as necessary household in the regions with different environmental conditions and the coloring and designs also had reflection of it's nature. but this is not general in terms of cultural geography because if it was supposed that a carpet to be used as a warm covering in cold regions, why Germans never weaved carpets or why "Inka" Carpets in Old Peru was woven without knots?   For each nation, the creative soul of his was prior to the imitation  instinct and although when art was found, the first thing was the nature but natural elements against wish and will of human for creating art, in fact played the second role and completion and was artist's tools. 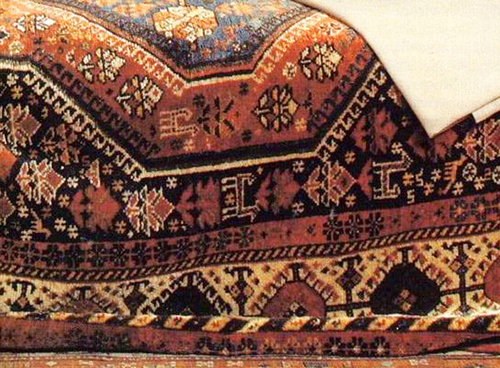 Hand made woven carpet is an eastern adventure produced not only for house usage but was considered as spiritual need of Eastern people for creating piece  and   flat weft Belongs to Iran. Carpets existed in "Freud" room is the same, either from the type weaving and color and design were considered as noble Iranian Carpet (distinction of being these carpets Iranian  goes back to presence of Turkey which claims that some of the carpets belong to them). The carpet hanged on the wall is Caucasian woven carpets. Caucasia is region between Caspian Sea, Black Sea, Van River and west-south is located in Turkey and east-south in  Iran. 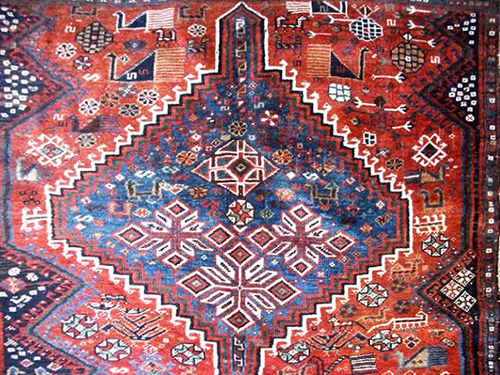 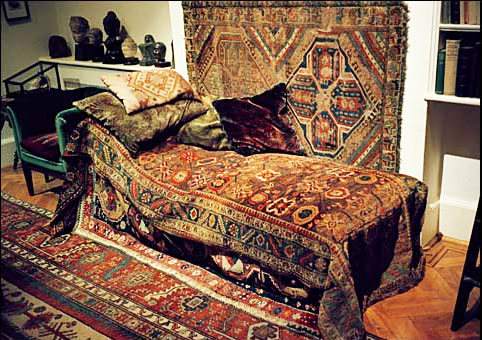 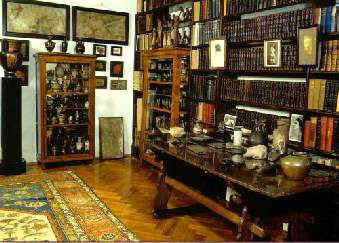 Hooman Atiyabi " indicates his reaction toward the atmosphere of Freud's Room :

Entering the museum or Zigmond Freud's house in London was just like attending a reception (ceremony). A ceremony with  attendants of different decades in human history.From the beginning my presence in this place was clear (distinguished), re-studying (re-calling) the picture of Freud's most  famous carpet  made by Tribes of Iran which I was unaware of it before producing "Flying Carpet" Film.  Before starting filming and at the same time by pro-producing of this literary work , most of  carpet industry activists and ….were not aware of at least the story of this carpet and this made my joy of creating the pictures of the film double. Entering "Freud's house, books, statues, various medals from ancient to present , caught my sight and inspired my imagination. The simple furniture but at the same time sumptuous  showed the  beauty distinguishing of the owner. But the Iranian carpet and rugs filled me with excitement. Iranian  "Ghashgayi Carpet" which was laid on the personal sofa of Freud and the way of putting it by all means, transferred complete  feeling of Freud's time and his thoughts. I was so pleased to have the honor of  picturing  the last Plan of "Flying Carpet" and something inspired me that Art of Modern psychology owes Iranian noble  hand weavings. 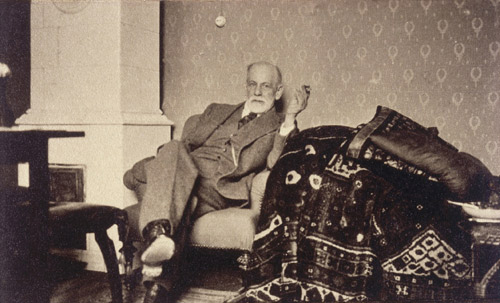 In teachings and views, like some of other modern science viewers of psychology of his era, Freud believed in Mother of Nature and appointed considerable characteristics to it. Motherly energy of nature has non- indulgence (non-negligible) effects in the human spirit and soul. Since behavior guides and characters kinds of human beings contains psychic energy for outburst and setting, place of this kind of more complete energy, has found a specific importance toward psychologists. On the other hand, clear particulars of Iranian carpet specially of Iran Tribes is natural from beginning up to end of weaving , the yarns is taken completely from wool of sheep in the desert made by hand.

The colors are all herbal from the soil and rain, woven by the fingertips of desert weavers, all the designs and motives are taken from ancient civilization and culture and nature of Iran and at the end according to Freud, "Iranian Carpet" is a complete sample of Mother of Nature with hidden energy. Frued laid his Iranian carpet on his sofa while receiving his patients and explicitly believed that energy of "Mother of Nature" is transferred from inside the carpet to his patients while they were lying on and caused deep spiritual layers of the patients to reach higher levels with more comfort and with other words this energy would facilitate human's subconscious to awareness and this event is very considerable for therapy of patients soul. 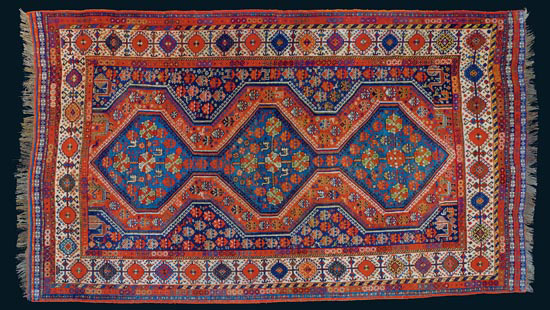 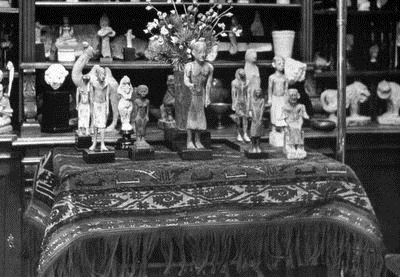 Unconsciousness and effect of it on the soul which at first was attracted Freud and later specifically by Yong, is the world inside the human being contains crystals potentially full of difficulty (knots, problems) and ancient patterns where are repeated and on the basis of  effect of actual factors will reach to awareness and will  have effect on spirit, behavior and speech of men.This warm colors in the carpet designs , with the painful hand of the people who have woven them by showing life and spirit of eastern in each row and always played withmolecules and crystals of human soul and took them to a world of their unconsciousness just  like ecstasy of most  famous artists. 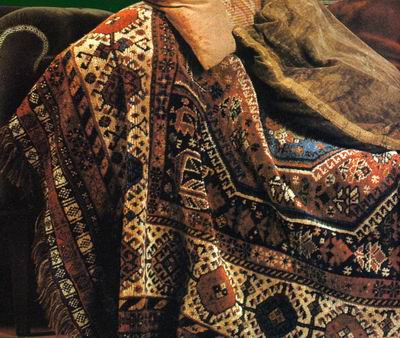 Maybe the secret of success of this scientist was the correct tool for awakening inside world and reminding  the remembrances which could solve the problems of person's soul in Iranian " Naturalism of Hand Woven Carpet Art" . who know?  Until end of his life, Freud used his Iranian Tribe Carpet and at present this carpet is considered and known as the symbol of the famous psychologist.

Mahdiar Pirzadeh, designer and creator of "Big Rug Art" Brand, declares about the concept of Freud's brand vise and his carpets:

In fact, a part of concept of brand area is taken from these two sentences which hides Freud's pride of art. Freud's room is filled with exquisites such as books, statues, medals, etc from all over the world and to be mentioned that various Iranian carpets and glims were the most famous furniture of his. Even one of the most famous carpets named "Soltan Abad" of Arak is kept with an American collectors. Therefore, "Freud" had these interests and tastes by nature. But   affection of Iranian carpet on him,   is a little bit mysterious. Some Articles found in American websites with title of "Relationship of Young Freud in Iran" shows his knowledge of Eastern lands and  kind of Aryan root of his people’s motherland area. 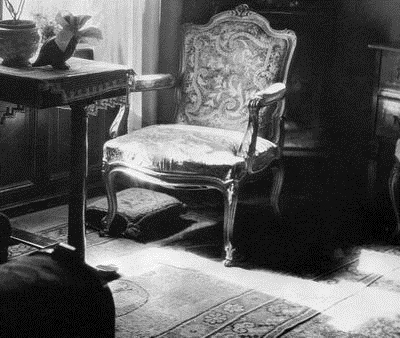 Freud's father was a wool merchant (main material for weaving and spinning) and most important was his relation with art and artists of his era, could have been fruitful in aggravation and strengthening his aesthetics.                         Freud has psychology of Leonardo Davinchi and his works in his record.  On the other hand if we look at his meetings with Salvador Dali (pioneer of Soreal ) and his mind in symbolic interpretation of Dali’s works, we will realize that the form and motives and abstractions of Iranian tribes carpets, has meaningful affinity with what he was looking in western art (art is like challenging roles , commentary and discoding).                                                     All above is a record showing the importance of carpet and freud’s respect to this element as a factor for  improving and recovering of his patient’s free mindings. And this gene wise behavior was inherited to his artist grandson Lucian Freud to be named a famous expensive artist and one of his works made on egg shell to be sold at 27000 pound. In fact it is not unlikely that despite Lucian Freud was an artist, he might have embezzled the heritage of  his grandfather’s Iranian room. 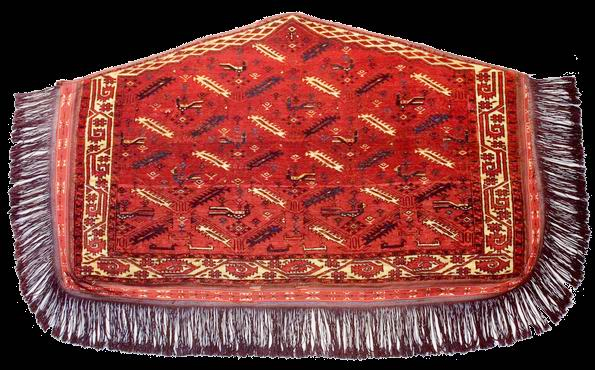